Did you know Off Center was founded in 2010? 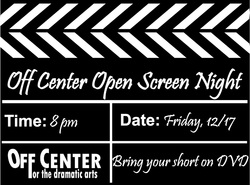 Open Screen Night, like "Open Mic Night," is a public event at which local film makers are invited to bring their short film on DVD for public screening. Anything can happen! 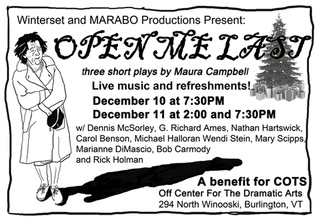 Three Short Holiday Plays to Benefit the Committee on Temporary Shelter (COTS), beginning each show with a reception, including live music and refreshments.

The first play is an exchange two people at a bus stop: a Santa (who is doing court-ordered volunteer work) and a wife of rabbi. They’re both having a bad day, and they share a moment that restores their spirits.

The second play is not very holiday-oriented – it’s a darker, sci-fi-esque play about a future society where “undesirables” are removed. It’s an interview of a woman who may be marked for “removal.” The woman is pleading her case not only to save herself, but her children as well.

The final play, "Open Me Last," is a two-act play about a homeless woman who has broken into a storage facility; she opens all these boxes to discover unopened Christmas presents from long ago and holiday decorations. She then proceeds to setup Christmas in the storage place. The story is a Christmas miracle, touching tale about wrong turns in life that come full circle and bring about closure. 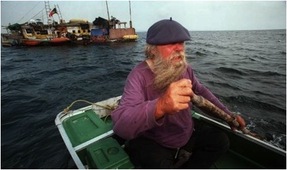 A fundraiser for Poppa so his adventure can continue. To learn more about Poppa Neutrino, go to floatingneutrinos.com

Poppa Neutrino is truly one of the most enlightened people of our time. Don't miss this; stories, open discussion, and whatever Poppa wants to do, plus: lord nelson, betty-boop and (bo derick, maybe). Suggested $15.00 at the door. 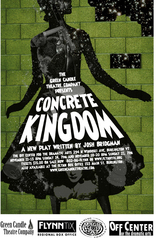 Tickets are $15.00 and can be purchased at www.flynntix.org, ot at the box Office.

Off Center presents
Goldberg: Scenes, Monologs and Other Disturbances
October 29, 2010, 8:00 PM -- One Show Only 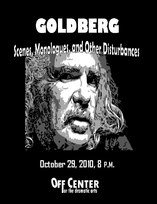 A Fund Raiser for the Off Center’s New Heating System. 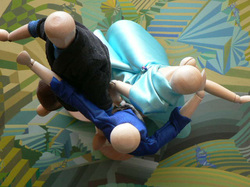 “Relationships with others, getting into a rut and freedom are the three themes of the play” says French philosopher and author Jean Paul Sartre.

“L’enfer c’est les autres a toujours été mal compris” [“Hell is the other people has always  been misunderstood”] “Whatever circle of Hell we live in, I think that we are  free to break out of it” [“Quel que soit le cercle d’enfer dans lequel nous vivons, je pense que nous sommes libres de le briser”]
–Jean Paul Sartre, Paris, 1965

The Cast: Mary Scripps, Jeff Tolbert, Don Loeb, and Georgette Garbès Putzel will be performing both English and French versions under the direction of Elisabeth Lehr.

This Double Show, No Exit and Huis Clos, is the second TMM production following A Visit from Miss Prothero by Alan Bennett in October 2009. Theatre Mosaic Mond looks forward to seeing its past audience members, and to meeting new ones. 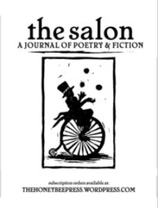 The Salon: A Journal of Poetry & Fiction is pleased to announce the release party for its second issue.
The autumn edition includes new work by some of Vermont's favorite authors, such as Greg Delanty, Dana Yeaton, Elizabeth Powell, David Budbill, Angela Patten, and more.

The release party will be held Thursday, September 16th, from 7:30-9:30pm at the Off Center for Dramatic Arts, at 294 N. Winooski Ave, Burlington, Vermont. $5 admission includes a copy of Issue #2, live music by pianist Randal Pierce, refreshments, and readings.

For subscription information and submission guidelines, visit www.thehoneybeepress.wordpress.com. For their fall schedule and more information, visit the Off Center at: www.offcentervt.com 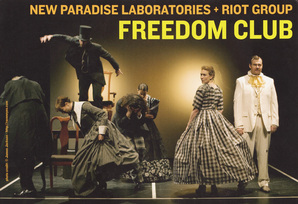 “What ties the two disparate parts together is not just the theme of revolutionary violence, but the style of acting—a blend of the “grand style” of
the 19th-century romantics (noted for emotional outbursts) with a rather formal declamatory style …  [PHILADELPHIA WEEKLY]
The Riot Group Returns with a Uniquely American Political Play by Elisabeth Crean [SEVEN DAYS 8-11-10] 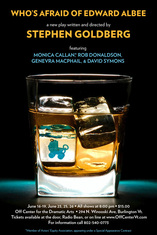 I do go with the first thought--I figure, if the subconscious came up with it, there must be a reason that I don’t need to question or even understand. I have no reason or desire to recreate reality; one reality is much more then enough. It’s all a ride. A play, for me, is a contraction of time.

The thing is to leave with questions, not answers.

I am so thankful to the incredibly great cast, who have learned these words and trusted me, and yes, questioned me: why would I say or do that? Answer always the same: because I feel it in my gut. The brain is physical, gray stuff. Amazing that it works at all. Hopefully, a play is an experience, and has an after-life, sort of like a good hang-over or a love-sex-memory.                                      Stephen Goldberg

Off Center for the Dramatic Arts presents itself, and the
Switch On Festival Grand Opening
June 2 - 5, 2010, 8 pm 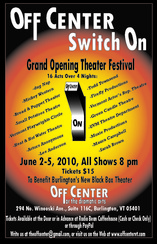 The Founding members of Off Center, John D. Alexander, Stephen Goldberg, Genevra MacPhail, and Paul Schnabel, and festival coordinator, Ben Aleshire, are grateful to the members of the 16 companies that have donated there talents to bring you the grand opening of this unique and intimate new venue. They are (in order of appearance):