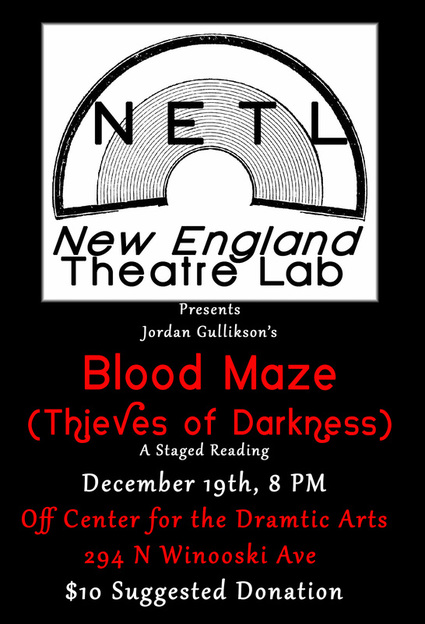 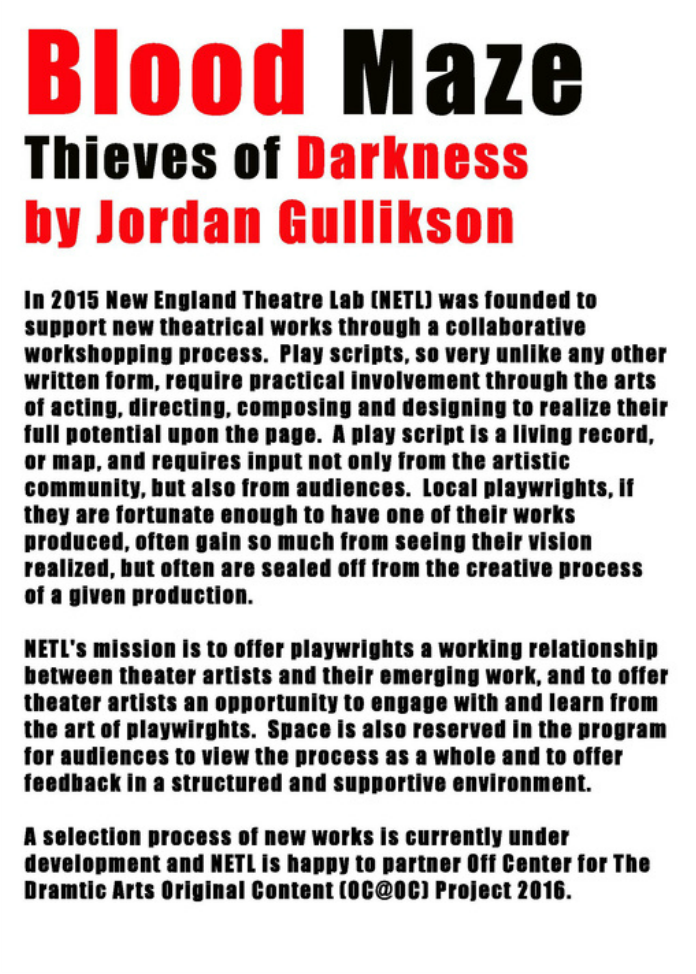 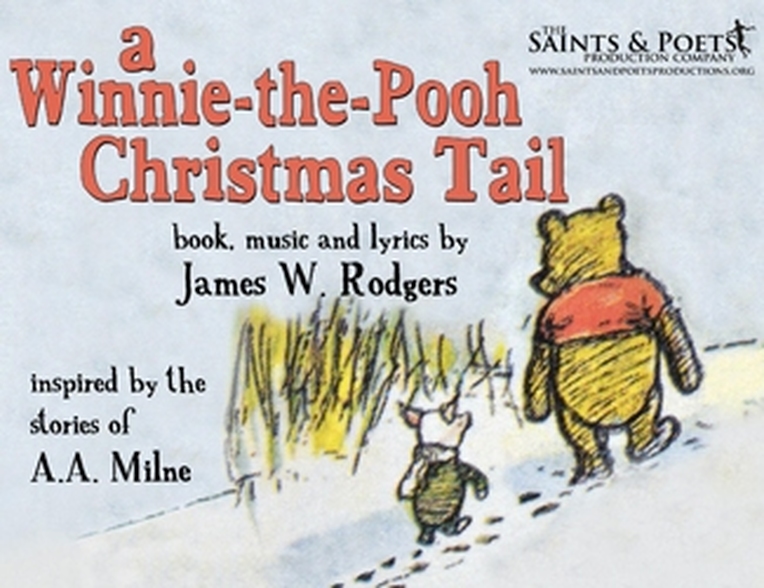 The Saints & Poets Production Company (Winnie-the-Pooh, Charlotte’s Web) presents a musical adaptation of one of A.A. Milne's famous tales of the "bear of very little brain." It's Christmas Eve in Hundred-Acre Wood and old gray donkey Eeyore is absolutely miserable. It seems he's lost his tail and Winnie-the-Pooh, Piglet, Tigger, Christopher Robin, and all the rest join together to find it and give their friend a Merry Christmas. Brought to life with a combination of live actors and puppets by the Burlington area’s acclaimed puppet theatre company, A Winnie-the-Pooh Christmas Tail is suitable for all ages. 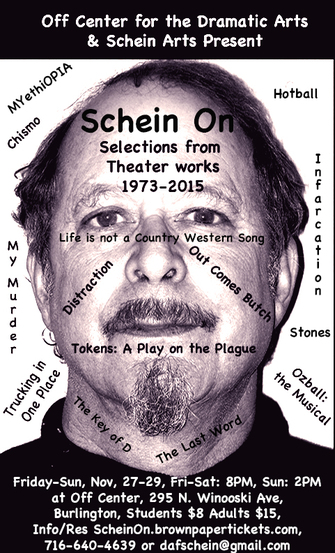 For the past forty years, working with artists ranging from from Whoopi Goldberg to Guillermo Gomez-Peña to street performers in Ethiopia, David Schein has created over 25 original theater works ranging from solo pieces to 60 person operas to “straight plays” to audience-based improvisations to language based performance poems.

In November 2015, at Off Center for The Dramatic Arts in Burlington, Schein, will preview a retrospective selection of past works which will include songs, monologues, scenes and improvisations from Distraction, Note from Earth, TOKENS: A Play on the Plague (music written with Candace Natvig) MYethiOPIA, Out Comes Butch, Infarcation, My Murder, The Last Word , (written with Whoopi Goldberg), Hotball (written with Geof Hewitt), Stones, Chismo, and Life is Not A Country Western Song.

Performances will be Friday through Sunday November 27-29  Thursdays through Saturdays at 8PM.
Admission $8 student, $15 adult,
​tickets at Brownpapertickets and at the door.
information/reservations at 716-640-4639 or
dafschein@gmail.com.
facebook 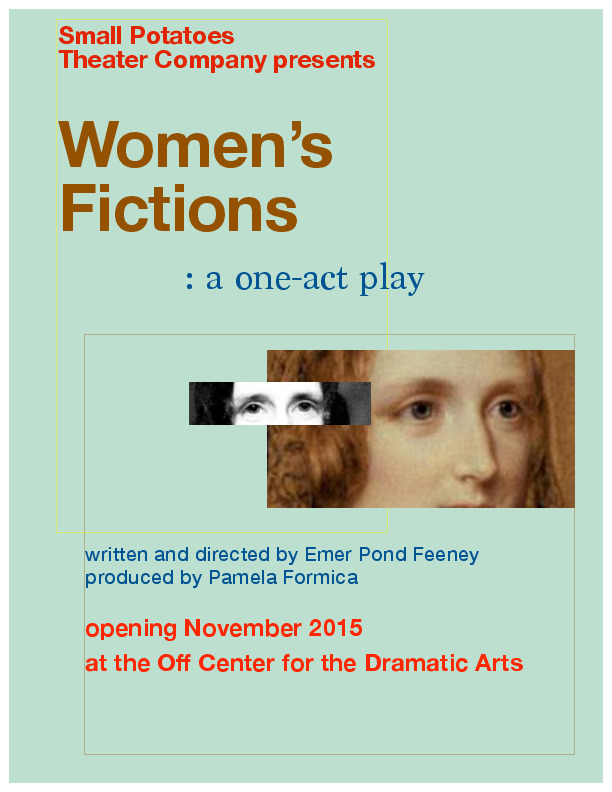 Small Potatoes Theater Company is committed to creating and producing enlivening theater with an emphasis on the original and obscure. Co-directors Pamela Formica and Emer Pond Feeney are long-time creators/performers in the local theater, music, dance, and literary scenes, and you have probably seen them somewhere before.

Women’s Fictions, written and directed by Emer, is a one-act play revolving around Mary Shelley and her stepsister Claire Clairmont and a pair of their modern-day analogues, as well as the publishing industry, the complexities of ambition, and the creation of family memory through storytelling. Small Potatoes Theater Company is excited to bring this original multi-media theater piece to the Off Center stage for the first time in November of 2015 as part of its inaugural season of Original Content.


Ticket prices: $12 evening $10 matinee
Tickets are on sale at BrownPaperTickets.com
​facebook
We think it would be, like, totally rad if you'd come to our party. Our parents are gonna be out of town, and all the coolest sketches will be there. 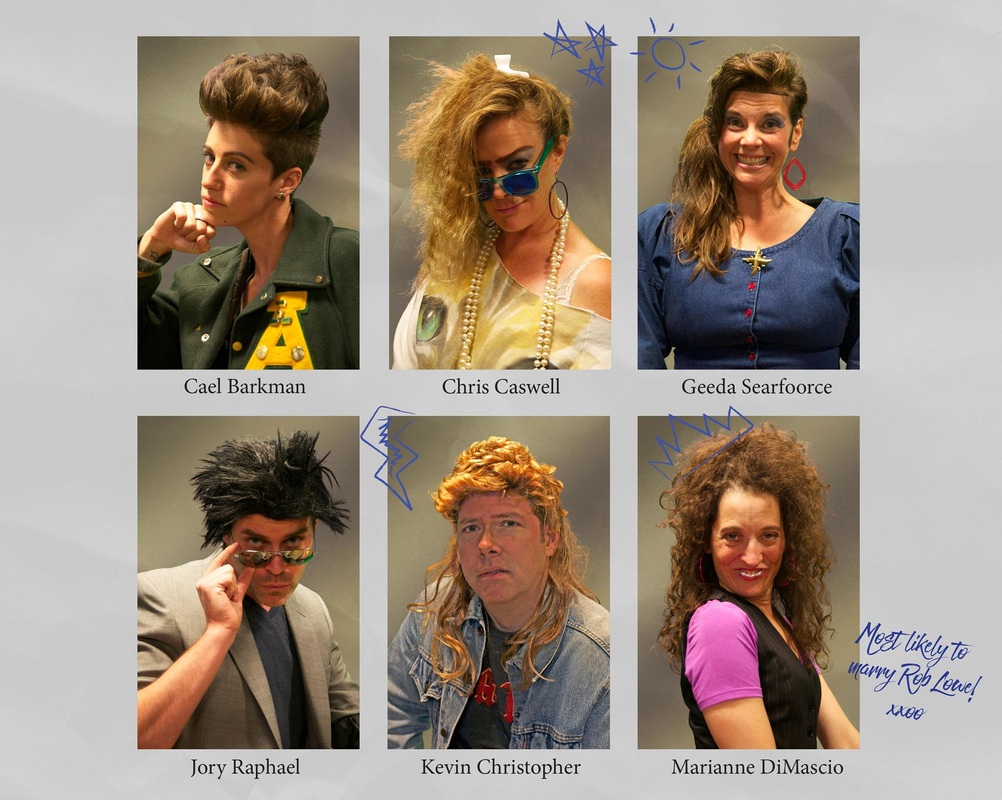 Stealing from work presents:
"Seven Minutes in Heaven:
I'm, Like, Totally Crushing on the Best of Stealing from Work" 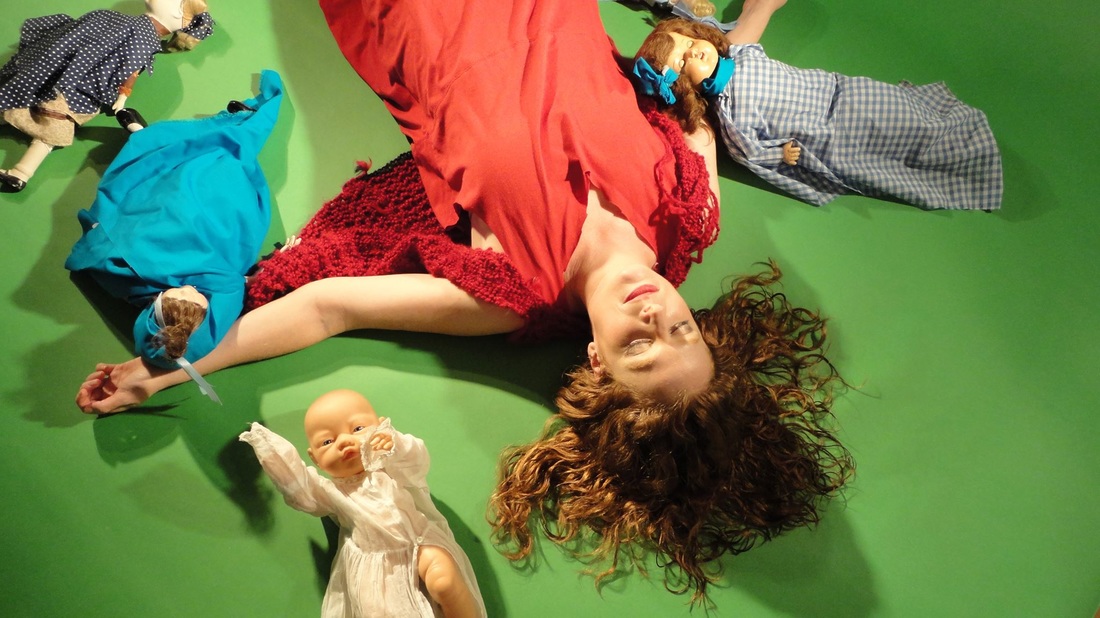 Fantasia De colores is a new play by Vermont award winning playwright Maura Campbell. A fantasy with dark spots staged experimentally by Georgette Garbès Putzel at Theatre MosaicMond.
Dates: October 18 and 22, 23, 24, 25.
Time: All shows at 8:00 PM
Tickets at theatremosaicmond.brownpapertickets.com and at the door.
facebook 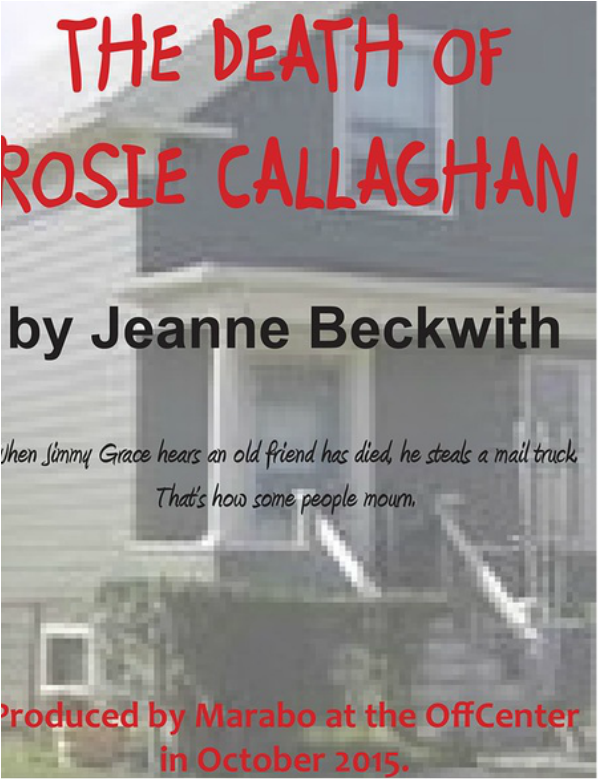 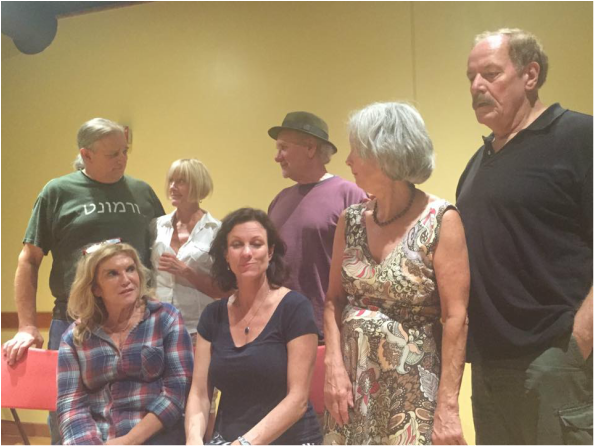 about what happens between once-close friends when old secrets are revealed,

October 2-4 and October 8-11 at the Off Center for the Dramatic Arts in Burlington.

Set in Lynn, Massachusetts, The Death of Rosie Callaghan examines the aftermath of
the long-ago death of a teenaged boy and the recent death of a woman central to the
lives of the characters.   After hearing that neighbor Rosie Callaghan has died, a
hairdresser, Jimmy Grace, steals a mail truck. That’s how some people mourn.
“Can secrets go to the grave with you?” asks Dennis McSorley, who plays the part of
Red Dolan. “What happens in Rosie Callaghan’s house stays in Rosie Callaghan’s
house—or does it? Even if you keep your mouth shut, there’s always talk and everyone
‘hears’ things.”

Written and Directed by Jeanne Beckwith, an award-winning playwright whose plays
have been performed in New York, Boston, and throughout the U.S.  Her full-length play A War Story at the Rialto was produced by the State Theater of Turkey for extended runs in Ankora and Istanbul.  She teaches at Norwich University and lives in Roxbury, VT. 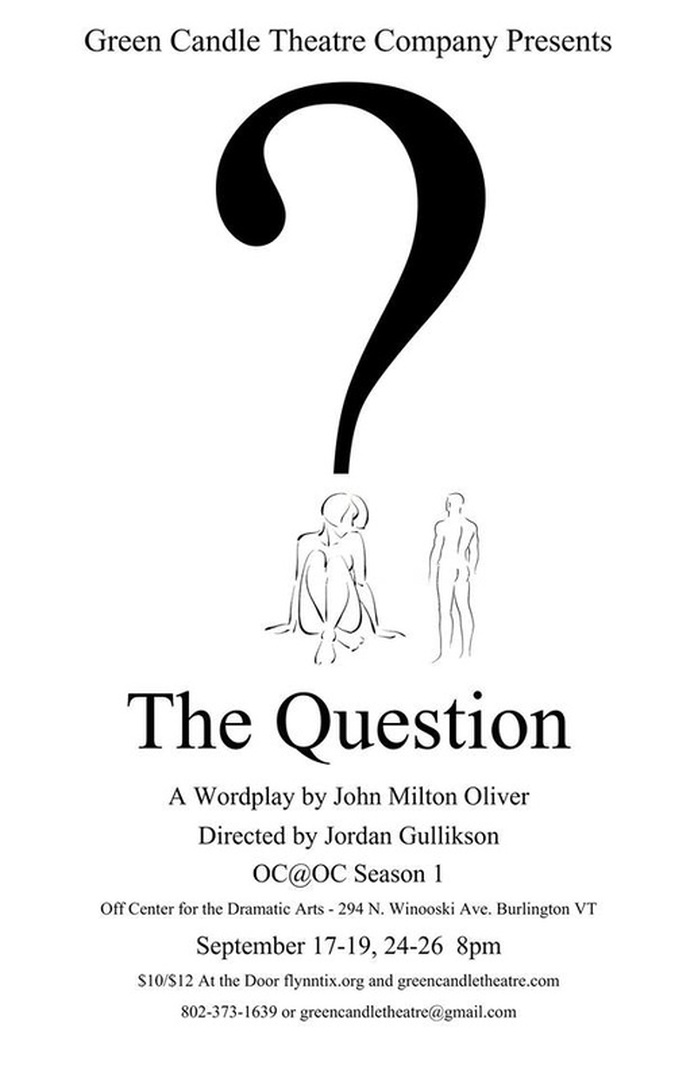 Can I buy you a cup of coffee? Are our lives extraordinary? Mundane? Are even the simplest aspects of existence underwritten by a depth, a churning significance? Does everything happen for a reason? What makes a sin? Where is home? Does a sentence need a period? What happens when something is erased? Is there balm? Shall I leave room for cream?

An investigation of how we negotiate the simple and complex, The Question is asking.

John Milton Oliver is a writer, teacher, scholar, and actor living in Burlington, VT. He has written for and performed in a number of theatrical productions and independent films in Vermont and is a founding member of the Howard and Pine Poets.

The eclectic Rue Mevlana is back this September with Motley Rue, a one-night-only show at the Off Center For The Dramatic Arts on September 5th! Featuring songs from their new album Pop Corn, Motley Rue combines pounding dance tracks, ethereal visuals, and the most original band of misfits this side of Burlington. We've got disco sounds, we've got pop songs, and we've even got a little Greek drama - you never know what to expect when Rue Mevlana takes the stage! With two shows at 7 & 9pm, there's plenty of our uncommon entertainment to go around. Get your tickets now, and we'll see you in September!

Rue Mevlana's live act has been described as.... 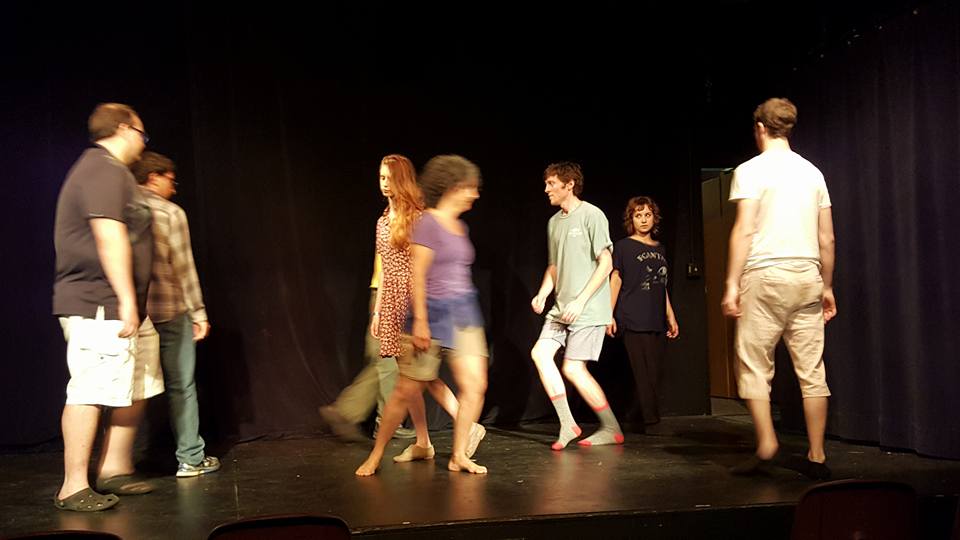 ﻿Phineaus’ Tāl by Grady Shea is a duel plotline, one-act play set in the not-too-distant future. It explores the outsider and how we treat those with radical ideas. What is now a celebrated or accepted concept was once a new idea and that is not always a seamless change. The play challenges the social structures that reward and demand normalcy and the dystopic setting warns of where stubborn mindedness could lead. Playful as much as it is contemplative, Phineaus' Tāl is appropriate for all audiences. 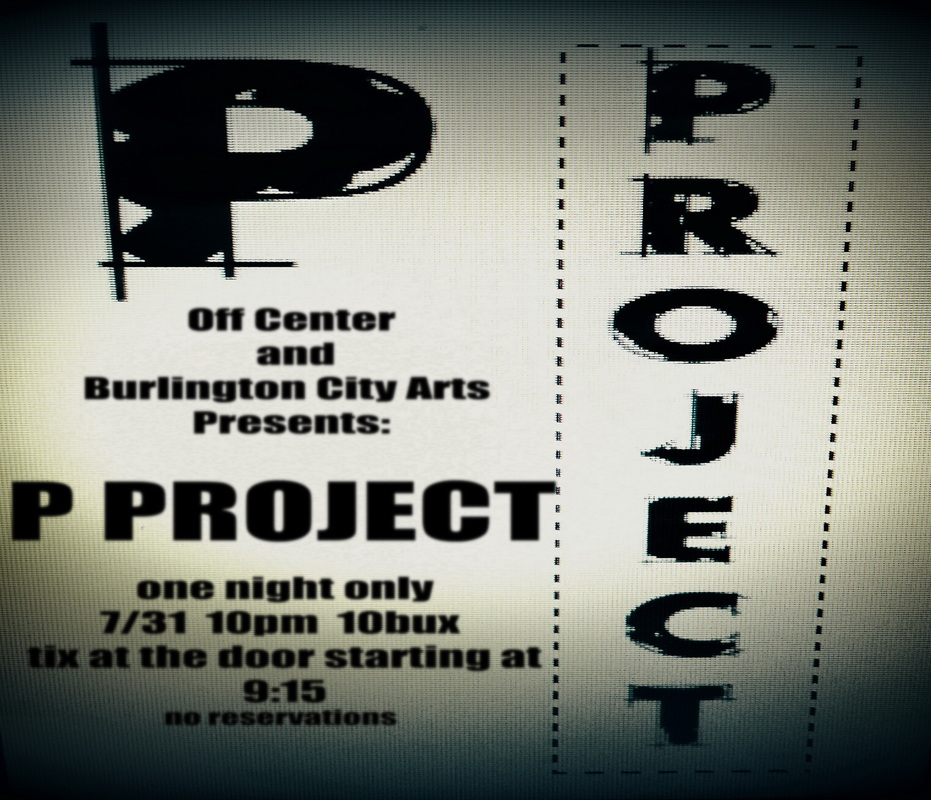 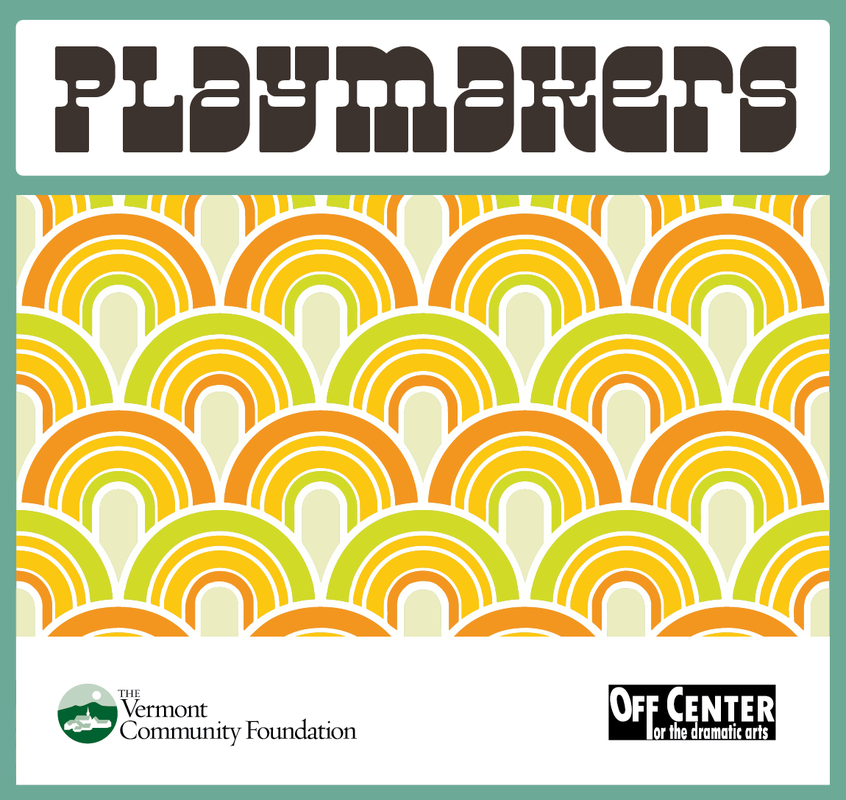 The final Playmakers of the season is Monday, 6/29, at 7:30pm and it's going to be a Short Shorts night! Anyone can bring a play that's five pages or fewer and we'll cast and read it right there and then. Plus, in the spirit of Short Shorts night, producers Chris Caswell & Mary Beth McNulty will be presenting directed short excerpts of all three plays from last month: by Carolinne Griffin, G. Richard Ames, & J. Elan Cohen. Hope you can make it! — with Chris Caswell, Joy Kipp, G Richard Ames, Seth Jarvis and Mary Beth McNulty.

The Saints & Poets Production Company (The Rocky Horror Puppet Show, The Moreau Horrors) presents an original musical comedy based upon the life of one of history's most infamous rulers. Directed by Seth Jarvis, O, Caligula! A Mvsical features book and lyrics by Kevin Christopher and music by Patricia Julien. This new work mixes a little bit of history, a dash of the cult classic film Caligula and a whole lot of irreverent adult fun to bring Rome's most notorious Caesar to the stage.

Tickets are $20 and are available at flynntix.org or at the door for cash. 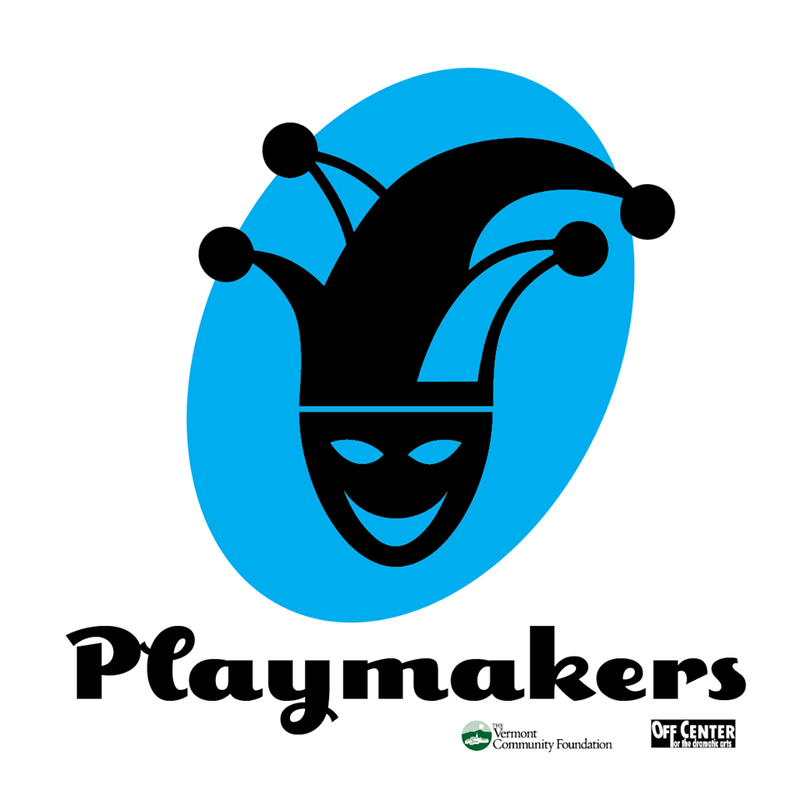 This month's Playmakers will be Monday, 3/23, at 7:30pm. New work will be shared by Chris Caswell, Mary Beth McNulty, & Dayton Shafer and a directed reading of a piece by Laura Roald will be presented by Cael Barkman and Kerry Cameron. Should be a great night! Hope you can make it. — with MissKerry Cameron,Chris Caswell, Mary Beth McNulty, Laura Roald,Dayton J Shafer and Cael Barkman. 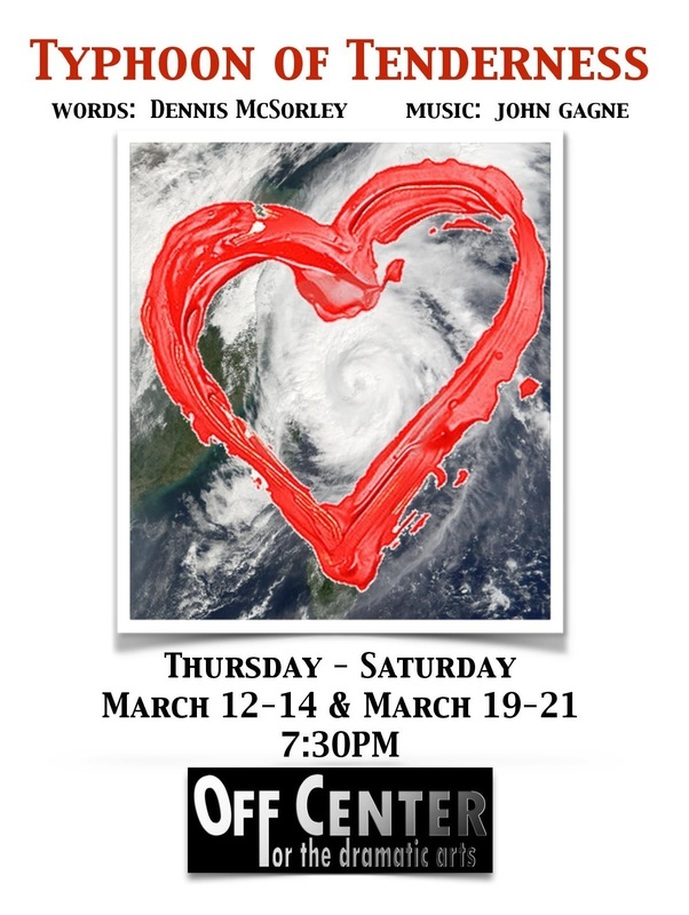 Actor Dennis McSorley and musician John Gagne perform a story that is all too real. Starting in joyful youth and ending in despair and possible hope: it is a story of love, loss and the tempest that addiction creates in one life and all those who witness.
A new work, Typhoon of Tenderness was performed at Off Center in November 2014 and returns as part of the OC@OC season. 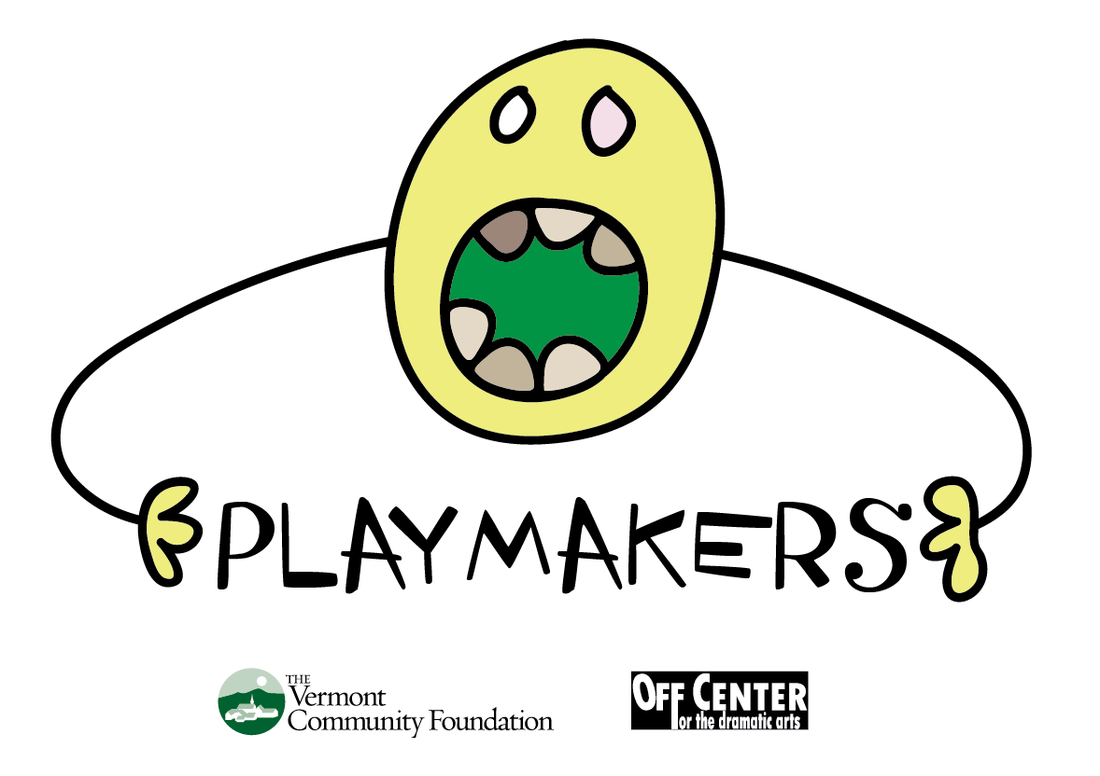 This month's Playmakers will be Monday, 2/16, at 7:30pm will feature new work by Genevra MacPhail, Laura Roald, & Geeda Searfoorce as well as a directed reading of a play by Kristofer Fiore presented by Aaron Masi and Dean Dennis. Should be a great night!! — with Kristofer Fiore, Geeda Searfoorce, Laura Roald, Aaron Masi,Genevra MacPhail and Dean Dennis.

STEALING FROM WORK:
A Funny Thing Happened on the Way to the Front Porch Forum 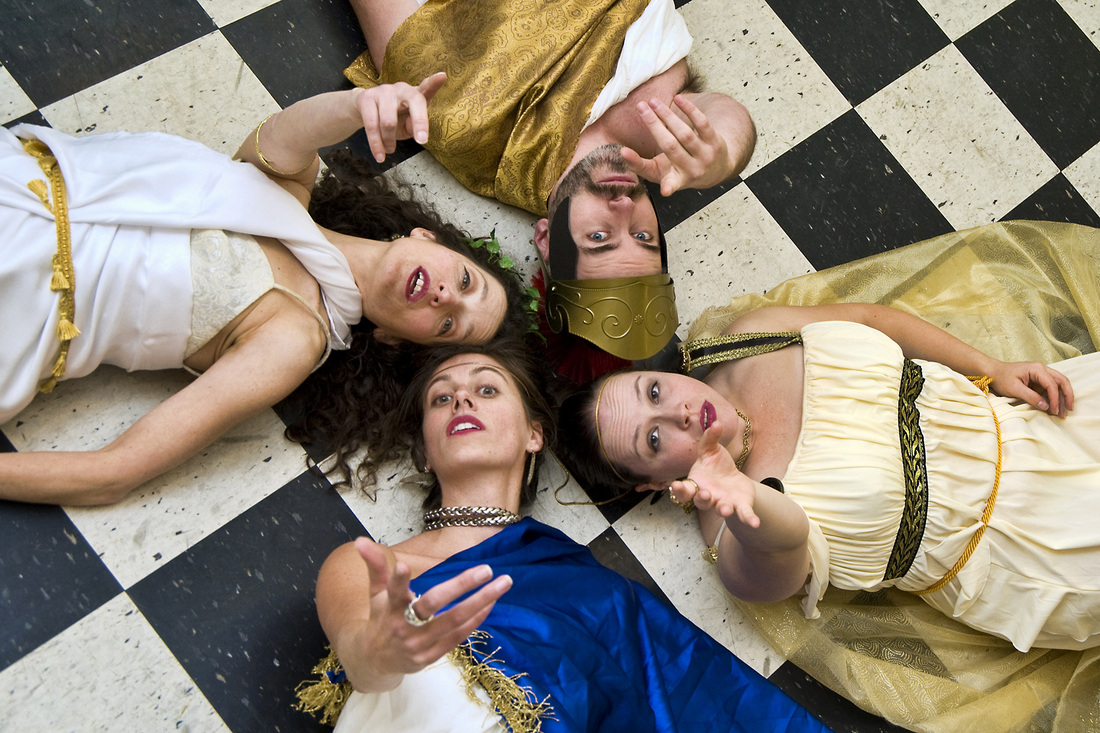 February 4th - 8th, 2015
Wednesday, February 4th - 7:30 p.m.*
Thursday, February 5th - 7:30 p.m.
Friday, February 6th - 7:30 p.m.
Saturday, February 7th - 4:00 p.m. and 7:30 p.m.
Sunday, February 8th - 4:00 p.m.
Stealing from Work is back with a full show of original sketch comedy written by Angie Albeck and Marianne DiMascio. Join actors Cael Barkman, Marianne DiMascio, Jory Raphael, and Sarah Venooker for a fast-paced evening of lunacy and lampoonery. Directed by Seth Jarvis, the actors deftly transform into a different set of extraordinary characters, alternately spoofing contemporary film and culture and the political issues of our time. With sound design by Jess Wilson, Stealing from Work’s production takes on familiar and new topics, all with a local flavor.
Leave the kids at home.  Stealing from Work is immature humor for mature audiences only.
Tickets
*Tickets for Wednesday, February 4th, are “pay what you can” and are only available at the door.
For all other performances tickets are $15.

Tickets for performances on February 5th - 8th may be purchased by calling 86-FLYNN, online at www.flynntix.org, or at the door. Additional information is available at www.facebook.com/StealingFromWork. 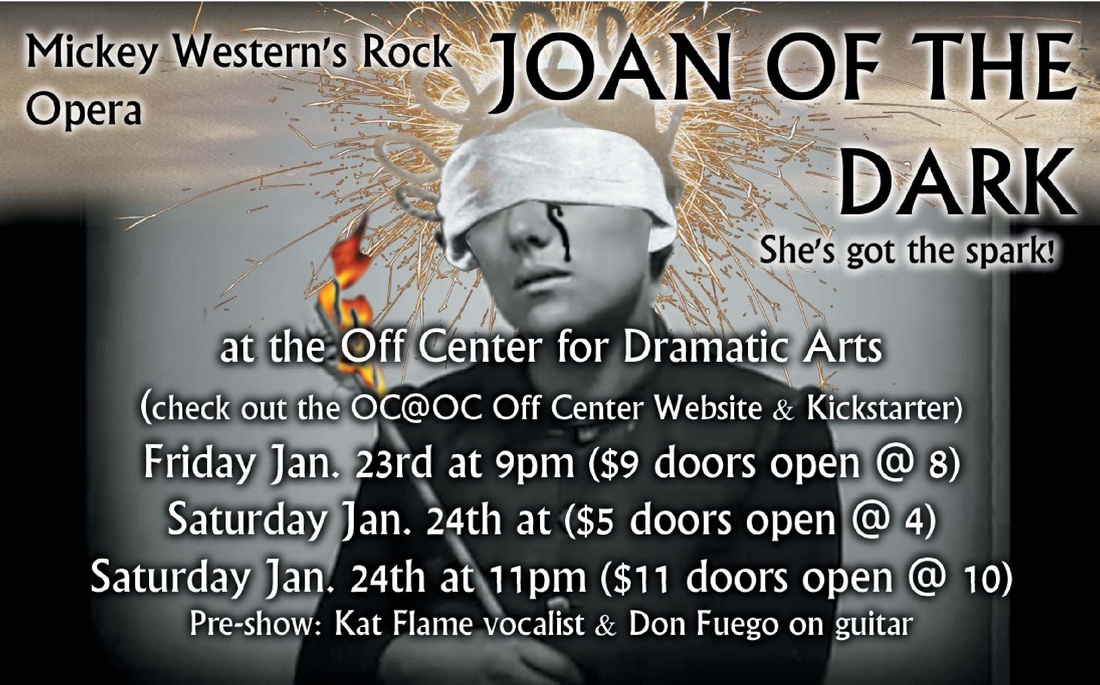 The mission of Off Center for the Dramatic Arts is to provide an affordable theater space
​​which supports experimentation, education and engagement for artists, audiences and the community.